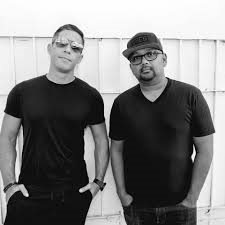 Drums of the Sun

Flashback to New Years Day 2010 in Chicago. One of Miami's best DJs, Louis Dee, and one of Chicago's top nightclub percussionists, Bam Bam Buddha, played their very first show together and the rest is history. For the past five years, these two have played side by side at some of America’s top events, putting together an impressive track record of shows that has built them a reputation of being one of the most unique and exciting acts in the industry. Today, Louis Dee and Bam Bam Buddha have officially embarked on a new musical journey as Drums of the Sun, and are ready to take their fans along for the incredible ride. They have been residents on the famed Groove Cruise and are one of the most sought after performers onboard. Other notable performances include New Years Eve in Mumbai, India; Spybar in Chicago; City Lights Music Festival in Grand Rapids; and numerous parties at Miami's Winter Music Conference. Individually, they may be regarded as top acts in their own respective lights, but together, Drums of the Sun are an unstoppable force bringing loud, energetic music to dancefloors across the globe. Louis Dee's exciting underground soulful style of house music along with Bam Bam's percussion skills, create a sound unlike anything out there. Catch one of their shows and you will understand why they always have their fans asking for more!

Drums of the Sun will be at the following Events