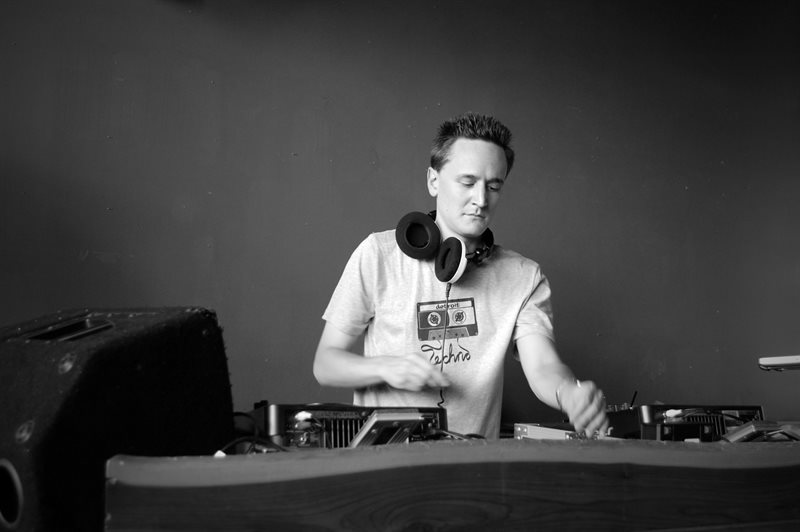 dj-Vox, is an American DJ and producer of underground house music.  Vox always had a passion for music from a young age.  He grew up living on several different continents and absorbed many different sounds and cultures which now help shape what he produces and plays.  When he was younger, Vox played guitar in a rock band.  While attending school in London in the late 90’s, he found the electronic music scene exploding with trance and techno.  And over time he found styles and genres he connected with and decided it was time to create, both behind the glass and behind the decks. He soon realized that’s where his true passion would lie.  He went on to get a degree from Berklee College of Music.  And after spending 10 years in the Boston club scene and releasing tracks on some now defunct record labels, Vox moved back home to Texas.

As a DJ, what sets him apart is his attention to detail in his track selection.  He strives to bring all genres of house music together to create one continuous flow in his sets.  As a producer, Vox now has releases on Dallas’ Audiophile Deep, London’s East Recordings, Austin’s Denied Music, and the Italian imprint Moonklift Records.  Globally renowned producers Inxec (Crosstown Rebels, Get Physical) and Jerome Backer (Farris Wheel) have remixed his productions.  Vox brings his wealth of musical knowledge and club culture to every party he plays.  Based in Austin, Texas but coming to a dance floor near you.

Vox will be at the following Events